EEP Africa Wraps up 2019 with Two Major Events in Arusha

The EEP Africa Annual Board Meeting and Knowledge Exchange Forum in Arusha brought together senior representatives from EEP Africa funding partners and key stakeholders from the renewable energy development, investment and policy space across Southern and East Africa

On 3 December 2019, the EEP Africa Trust Fund Supervisory Board gathered in Arusha, Tanzania for the annual governance meeting of the Fund.

Supervisory Board members included Juha Savolainen, Supervisory Board Chair and Director of the Unit for Southern and Western Africa at the Ministry for Foreign Affairs of Finland (MFA Finland), Heinz Habertheuer, Director of Department, Programmes and Projects International, Austrian Development Agency (ADA) and Leena Klossner, Vice President for Operations and Deputy Managing Director at the Nordic Development Fund (NDF). The Board was joined for the meeting by Ambassador Riitta Swan, Ambassador of Finland to Tanzania and Elsam Turyahabwe as an observer on behalf of the East Africa Community.

The following day on 4 December, also in Arusha, EEP Africa hosted close to 100 clean energy company, investor, government, knowledge and policy stakeholders from across the region for a day-long Knowledge Exchange Forum with the theme Clean Energy for Productive Use and Green Growth.

The conference marked the launch of two new knowledge products: Powering Productivity: Lessons in Green Growth from the EEP Africa Portfolio and Profiles of Change: Youth Opportunities in the Clean Energy Sector. It also featured early information on the next EEP Africa Call for Proposals set to open in early 2020, panel and group discussions and a live pitching session among five nominees for the EEP Africa 2019 Project of the Year Award.

Juha Savolainen from the EEP Africa Supervisory Board and representing MFA Finland opened the event with an announcement of an additional financing commitment from Finland toward EEP Africa and said,

“Finland has been a proud supporter of EEP Africa since 2010. The Finnish government has a strong emphasis on Africa and climate, with an aim to widen and deepen relations on the continent with circular economy as a theme. Finland is the first country globally to have launched a national road map for circular economy.”

“The growth of rural electricity demand is a gradual process. Proactive measures to increase demand by promoting productive use of clean energy is an effective way to strengthen the financial sustainability of both mini-grids and stand-alone systems,” said Sacranie.

Participants of the gender round table making “W” signs to promote women in clean energy.

EEP Africa Acting Head of Knowledge and Policy, Tracy Dolan, launched the report Profiles of Change: Youth Opportunities in the Clean Energy Sector and introduced three rising, young ambassadors for the clean energy sector: Alicia Rutajumbukilwa from Ensol in Tanzania; Titus Kimbowa from Zembo in Uganda; and Kornelia Iipinge from the Southern Africa Center for Renewable Energy and Energy Efficiency (SACREEE) in Namibia.

“Ensol gave me opportunities to learn and invested in my professional development. In the future I hope to serve as a role model and mentor for young women who want to work in the renewable energy sector,” said Rutajumbukilwa.

EEP Africa Acting Head of Knowledge and Policy, Tracy Dolan, launched the report Profiles of Change: Youth Opportunities in the Clean Energy Sector and introduced three rising, young ambassadors for the clean energy sector: Alicia Rutajumbukilwa from Ensol in Tanzania; Titus Kimbowa from Zembo in Uganda; and Kornelia Iipinge from the Southern Africa Center for Renewable Energy and Energy Efficiency (SACREEE) in Namibia. 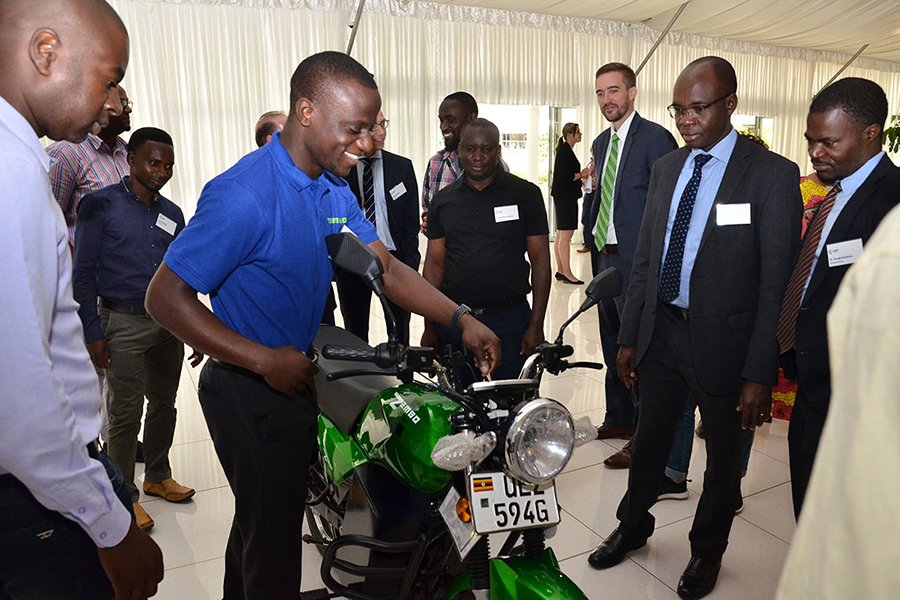 EEP Africa Southern Africa Portfolio Coordinator, Anouk Verheijen, introduced the theme for the next EEP Africa call for proposals: Clean Energy Powering Green Growth. The theme complements the latest EEP Africa report on Powering Productivity and aims to attract projects featuring clean energy for productive use and clean energy in the circular economy with a focus on increasing economic activity and job creation. Interested applicants are invited to follow announcements at www.eepafrica.org for more details as the opening of the call approaches in early 2020.

“the most active, most dynamic, most effective early stage clean energy financing facility operating in Southern and East Africa.” 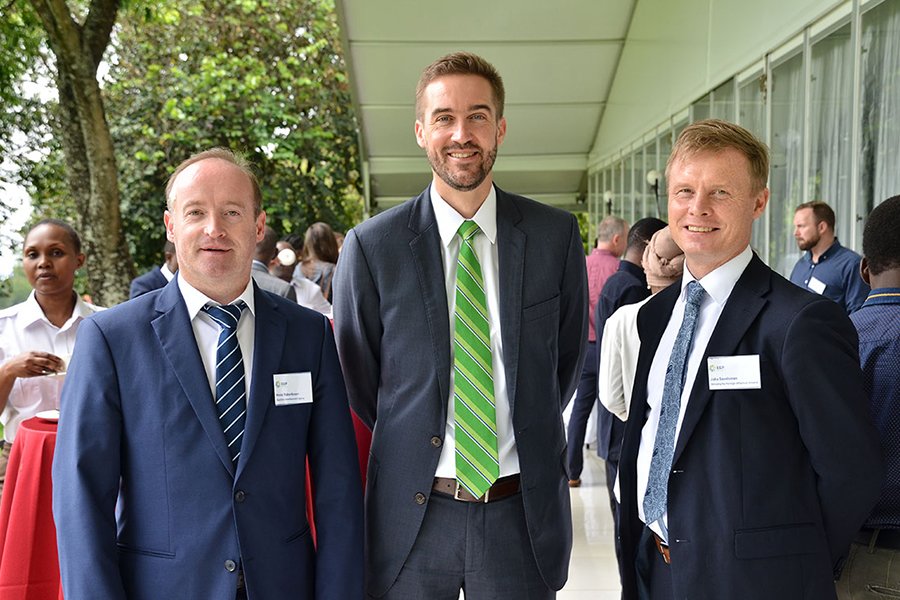