SunCulture Wins Project of the Year

The EEP Africa Project of the Year Award recognizes outstanding achievement by an EEP Africa portfolio company during the past year.

Five finalists were invited to the EEP Africa Knowledge Exchange Forum in Arusha, Tanzania on 4 December for a live pitching session in front of an audience of close to 100 renewable energy stakeholders and a jury panel composed of EEP Africa funding partners as well as investor and policy partners.

SunCulture is based in Nairobi, Kenya and received EEP Africa financing support in 2015 to develop a commercially viable solar irrigation business model.

“SunCulture was extremely fortunate to benefit from an EEP Africa grant at an early stage in our development, which enabled us to pioneer off-grid solar-powered irrigation systems designed specifically for smallholder farmers,” said Samir Ibrahim, SunCulture CEO and Co-founder, adding, “2019 was a breakthrough year for us, and it’s an honour to be recognized as EEP Africa’s Project of the Year. We’re excited to bring life-changing technology to more and more smallholder farmers in 2020.”

Lucy Jong’a, SunCulture’s Head of Finance led the pitch for the company in Arusha, describing key 2019 achievements including: 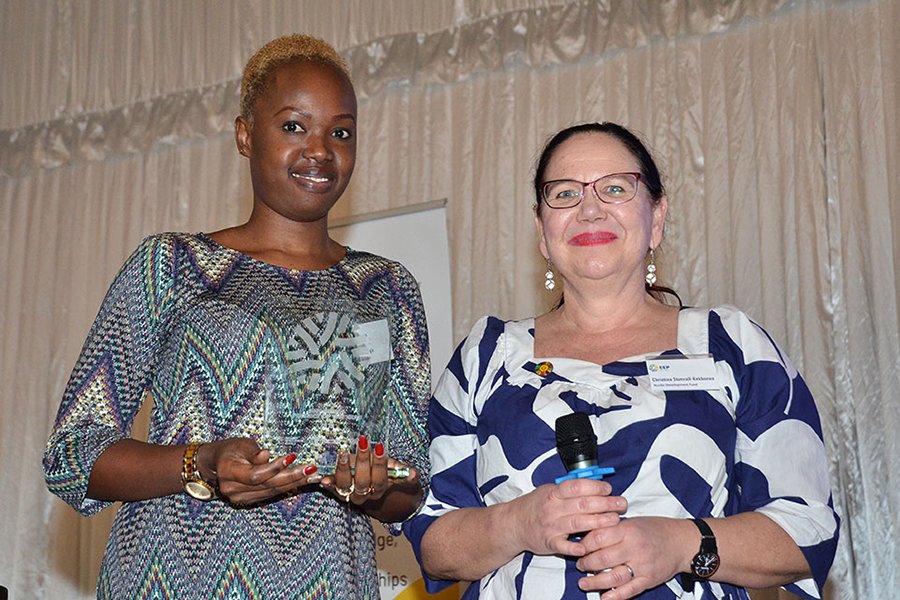 The award was presented to Lucy Jong’a, SunCulture Head of Finance, by Christina Stenvall-Kekkonen, Vice President and Chief Counsel of the Nordic Development Fund (NDF).

Other finalists for Project of the Year included:

Panelists for the pitching session included:

Finalists and panel members for the EEP Africa 2019 Project of the Year at the Knowledge Exchange Forum in Arusha, Tanzania.


EEP Africa thanks all the 2019 Project of the Year nominees, finalists and jury members! Looking forward to another great year of results in 2020!